After we all had a lot of fun at my mom’s house doing a puzzle over the holidays, my mom gave me two old puzzles that were mine as a kid, both featuring teddy bears (a major motif in my preteen life). One was 500 pieces, and I did it over a couple of days after New Year’s with the Little Miss (the only other puzzler in the house).

The other was 1000 pieces and I wasn’t sure I needed yet another project on the go, but I still dumped it out last week and started to work on it. It was a picture of a kitten in a basket of bears so 90% of it was fuzzy grey-brown-beige type pieces.

On the weekend, I finished it! 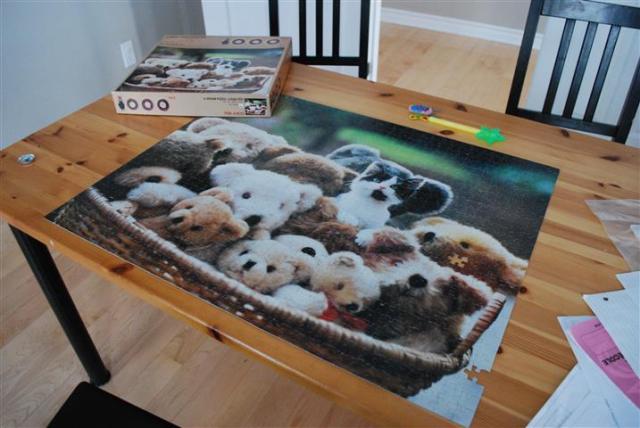 Lovely, isn’t it? Oh, what’s that you say? Something doesn’t look quite right? 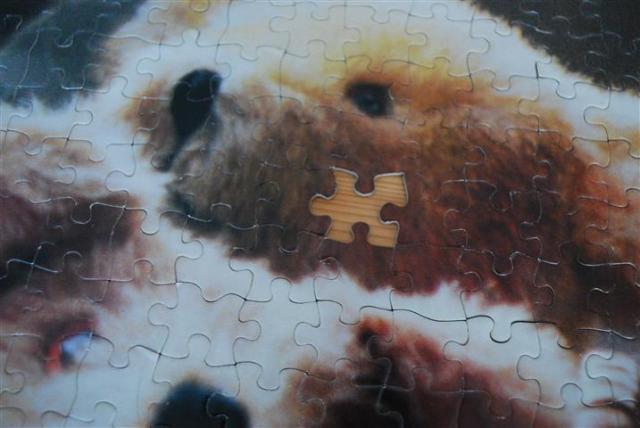 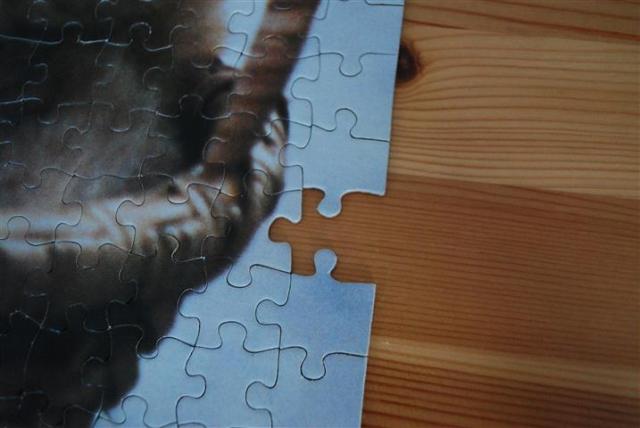 That’s right – 1000 pieces later, it turns out it’s missing not one, but two pieces. GROWL.

But I pulled it together (you’re welcome), because it’s really just a puzzle that’s missing two pieces, nothing special.

Now, here’s the rub. Should I keep it? Or should I throw it out?

I can’t give it away, that’d be mean. I found it aggravating in the first place as it’s a hard puzzle, but also extra aggravating that once I realized pieces were missing, it became annoying to look for a specific piece, wondering if it was really there or not.

But I did still feel accomplished at the end of it. And I really hate just throwing stuff away.

I guess the real question is, will I ever do this puzzle again (especially once I take a sharpie to the front and write “MISSING TWO PIECES” on it)? I’m not sure.

What would you do, you lovely puzzles who are well worth keeping, no matter how many pieces you’re missing?

5 thoughts on “The Existential Puzzler”