Well, hi there! How are you? I’m cranky, nice to meet you.

Making me cranky? First up, it’s my not-a-resolution-dammit need to lose a few pounds, as I am currently experiencing a pants crisis in which the only pair I have that fit are my Pie Party Pants, supposedly meant to allow for massive amounts of buffet-style eating, and now barely zip up. I haven’t been able to get into my favourite pair of purple cords for months so I am trying to do something about it, but doing something about it means eating less crap, and since crap makes up a good 30% of my daily diet, eating less crap makes me CRANKY.

The other day my son accidentally opened the dishwasher while it was still running, and I sighed and gently explained about being more aware of our surroundings and how to listen for the sounds of rushing water and blah blah, and he nodded and was grateful I handled it all so well, then THREE FREAKING MINUTES LATER he did it again, and I was like MOUNT SAINT HELENS, erupting all over his poor little shoulders.

Also making me cranky? The state of my house right now.

This is my living room:

And here is my office: 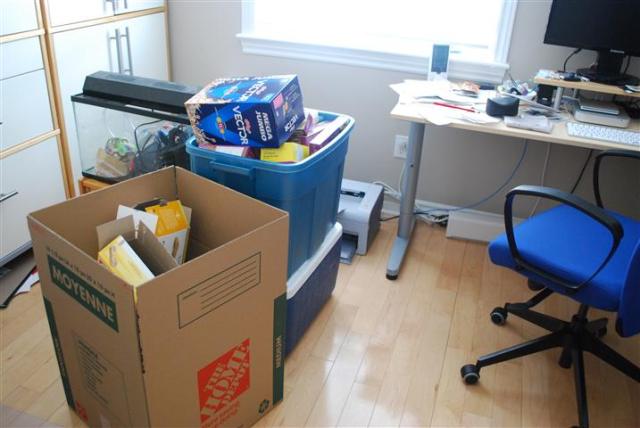 And here is the playroom: 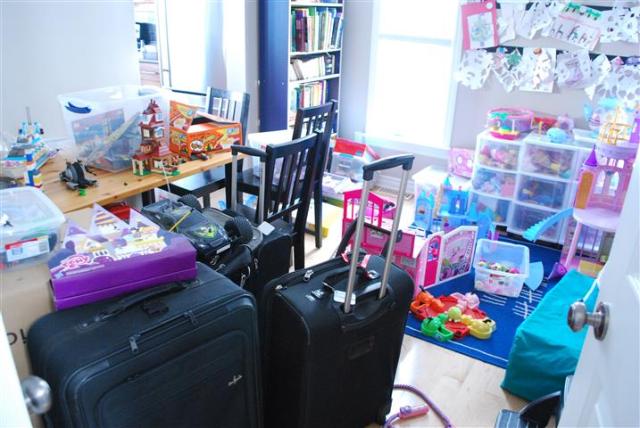 That’s happening because we are having our basement finished, starting today, and we had to bring half the stuff from down there up to the main level. Which is good! And I’m excited! I just wish it didn’t feel so much like an episode of Hoarders in here. GAH.

I’ll post some happier reno pics when I’m in a better mood. Which will likely be shortly after I break down and eat an entire tube of Pringles. IT’S HAPPENING, DAMMIT.

[* Title shamelessly stolen from Allison, who is sometimes surly but always hilarious.]