I’d usually put this info up on my Facebook page, so I apologize to those of you reading from outside Ottawa. It’s just overwhelming, though, the amount of stuff that goes on in this city for Canada Day – it was so much that it was just easier for me to put it all into one blog post.

And bonus: if you’re not from Ottawa, maybe this list will convince you to plan a visit. It’s a long weekend this year! And again in three years, if you need more time to get it together! Call me, we’ll hang out.

Anyway, here’s what’s up this year. 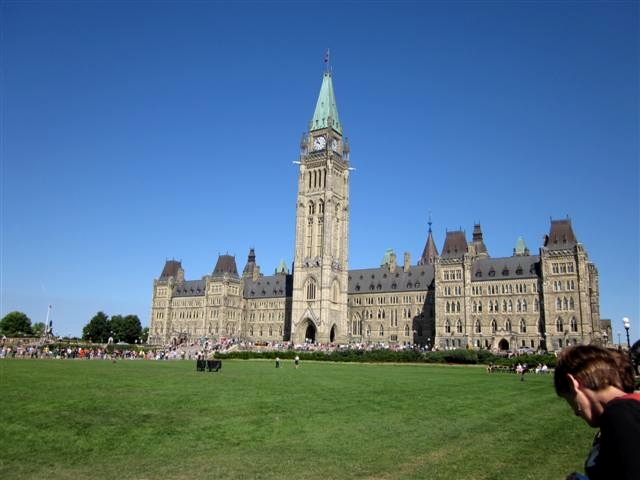 Parliament Hill – The Official Celebration. Most people in Ottawa avoid the hill, actually, because GAH, the crowds. However, I’m heading down there this year because CHRIS FREAKING HADFIELD. Oh yeah. The full Parliament Hill schedule is here, including a midday concert from noon to 1:30, and then an evening show starting at 7:30 pm and ending at 10 with fireworks. You can see the full concert lineup here, which includes Carly Rae Jepsen, Metric, and oh, I may have mentioned it already, CHRIS FREAKING HADFIELD (all of which will appear at both the noon and evening shows).

Remember that OC Transpo buses are free all day, running on a holiday schedule. It’s the best way to get downtown – most of the streets north of Laurier are closed, anyway – and it’s pretty much the only way to get OUT of downtown, especially if you’ve stayed into the evening.

Although the action is centred on the hill itself, there’s also tons of activities in Majors Hill Park, and (even better for kids) across the river at Jacques Cartier Park. Lots of food, music, buskers, crafts, and kids’ games and activities to explore – just wander around the two parks and you’ll never be short of things to do. There is a free shuttle bus that runs between the two parks, although if you’re energetic it’s just as fast to walk, especially if you have a stroller you’d have to unpack and fold up.

There’s also live jazz music going on in Confederation Park and at Marion Dewar Plaza, courtesy of the Ottawa Jazz Festival, and if you’re looking for lunch or dinner, consider the PC Eat Fleet Tour, which will be on the Plaza Bridge.

If you do decide to stay for the fireworks, first of all, you are made of much stronger stuff than I am. But I salute you hardier types, and remind you that in addition to the hill, you can also see the fireworks from Majors Hill Park, Victoria Island, Jacques Cartier Park, and the Museum of Civilization. Just don’t get caught on the wrong side of the river – the Alexandra Bridge is closed to pedestrians after 6 p.m.

The Canadian Museum of Agriculture and Food has free admission on July 1, as well as activities all day including ice cream making, “patriotic” muffin making, and a chance to pet bunnies and lambs (aaaawwww). There’s also horse and wagon rides for an extra fee.
The Currency Museum is doing a whole crazy circus theme and is free from 10:30 onwards. Pop by for magicians, balloon animals, and free ice cream.
The Museum of Civilization has free admission on Canada Day, and has a few special activities going on. Also, it’s a great place to stay out of the heat all day, and then catch the fireworks across the river that night.
The Museum of Science and Tech has free admission on Canada Day. They don’t seem to have any specific Canada Day stuff going on, but July 1 is the first day of their summer programming, which includes tours of the artifacts storage building, rides on a real life steam locomotive, tours of the lighthouse, and outdoor experiments (seriously, SO FUN).
The Museum of Aviation is free on Canada Day has has a ton of fun stuff going on, including rocketing experiments, crafts, visits from the Canadian Forces Military Police, and a flyover by the Snowbirds at 3 p.m.
The War Museum is free on Canada Day and is also open later than usual, until 9 p.m. There are three special Canada Day exhibits running all Canada Day long weekend, including one on battlefield medicine, one on the typical First World War soldier’s kit, and one on the typical Second World War soldier’s kit. Plus, it’s a nice cool place to duck into if you’re overheating in the downtown crowds.
The National Gallery of Canada is free on Canada Day and although I couldn’t find any special stuff going on, it’s a cool and quiet place to take a break and maybe explore some really amazing Canadian art.
The National Arts Centre (NAC) has tons of free stuff going on all day, including free concerts, crafts for kids, a beer garden (not free, sadly) and a BBQ from 11 to 2 (also not free, also sadly).
The Museum of Nature doesn’t seem to have any special programming on, but they are opening a few ant-themed activities, workshops, and a scavenger hunt this weekend (to run all summer). Admission is free on July 1 to the permanent galleries (special exhibits and 3D movies still cost extra).
The Royal Canadian Mint also doesn’t have any special programming, but tours are free on Canada Day, and with its prime downtown location (320 Sussex), it’s a great opportunity to just pop in (and cool off), and see what they’re all about.

The Diefenbunker has free admission and tours on Canada Day. There’s also face painting, a postcard craft, live music, and yummy treats.
The Bytown Museum has free admission to their regular exhibits on the main floor (it’s $2 to see the special exhibits on the upper floor). Their cafe serves lemonade and ice cream (for a fee) to help get through the hot afternoon.
Billings Estate is a great place for a quiet Canada Day picnic, and they’ll be doing a make-your-own-flag craft as well ($16 family, $10 couple, $6 person).
Cumberland Heritage Village Museum is doing a really cool thing, where they recreate the Government’s official recommendations for Dominion Day celebrations in 1927. Bring a picnic and celebrate with traditional games, crafts, and fun ($18 family, $7 adults, $5 students).
Pinhey’s Point is doing a traditional picnic and BBQ, featuring classic games like three-legged races and tug-o-war ($16 family, $10 couple, $6 person).

Believe it or not, there’s actually even more to do. The Escapade Music Festival is going all weekend, and will be putting together electronic music performances in ByWard Market. There’s free parking at most beaches, parks, and the Mackenzie King Estate. There’s Aboriginal Experiences going on at Victoria Island. And there’s smaller community celebrations in Greely, Almonte, Carleton Place, North Grenville, and Oxford Mills – info on all these can be found at OttawaStart’s fabulously comprehensive Canada Day page.